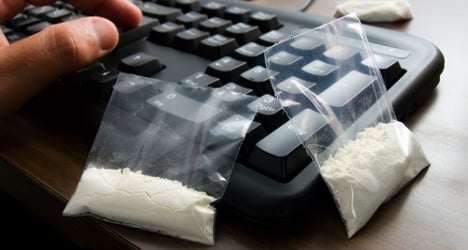 Photo of drugs and a computer: Shutterstock

Stressing the need to step up the war on drugs, Fernández Díaz said the narcotics business was worth €300 billion a year worldwide, and €6 billion a year in Spain.

That came out at €18 million dollars a day, he told participants at the two-day conference.

The minister also highlighted that 40 percent of the cocaine seized in Europe was in Spain, while that figure was 75 percent for hashish. That was a third of all the hashish seized in the world, Fernández Díaz added.

Spain recently announced it would soon start including estimated revenues from drug trafficking and the sex trade when calculating its gross domestic product (GDP).

Illegal activities such as drug trafficking and the sex trade could raise GDP by anywhere from 1.5 percent to 3 percent, Spain's national statistics agency, the INE, added.