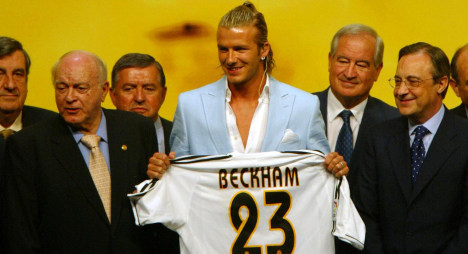 The decree was nicknamed the “Beckham Law” after the English football legend took advantage of it when signing for Real Madrid. Photo: Javier Soriano/AFP

Passed in 2005, the Spanish tax decree was nicknamed the “Beckham Law” after the English football legend took advantage of it when signing for Real Madrid.

Initially designed to lure in skilled foreign workers and professional athletes other than footballers, it was Spain’s La Liga that profited from it most when signing up big names.

The law stated such individuals were liable only for Spanish taxes on their Spanish source income and assets; meaning well-paid foreign football players would pay income tax on all annual earnings at the minimum rate of 24 percent.

As Spanish daily ABC put it, “Real Madrid’s ‘galácticos’ would pay the taxes of a mileurista (word in Spanish to describe somebody who scrapes by on €1,000 a month.”

Spain’s previous socialist PSOE government already tried to put a stop to these unfair tax privileges by making €600,000 the limit at which the foreign workers and athletes could benefit from the 24 percent tax rate. They called the law “Ley Ronaldo” after the Portuguese Real Madrid star.

Now Spain’s Popular Party has put the final nail in the coffin with a tax reform which means football stars will pay the same 45 percent tax rate as any Spain-based worker who earns more than €60,000 a year. 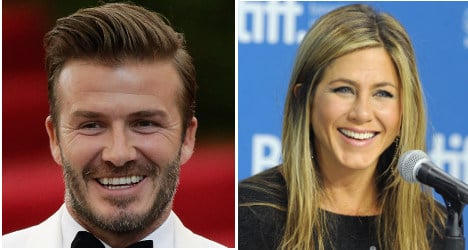 LANGUAGE AND CULTURE
Top 10 videos: How not to speak Spanish

Gwyneth Paltrow, Ben Affleck, UK Deputy Prime Minister Nick Clegg: these are just some of the native English speakers who can speak more than passable Spanish.

But at the other end of the scale, there are plenty of bad examples you could follow.

Whether it's the character of Basil Fawlty in the classic British Sitcom Fawlty Towers, or the singer Stevie Wonder doing an advertisement for Spain's traffic authorities, there are millions of ways you can go wrong.

Others in this list will surprise you with their skills, or feigned skills, but the results are always hilarious.

Read on to see The Local's gallery of Spanish video lessons not to follow.