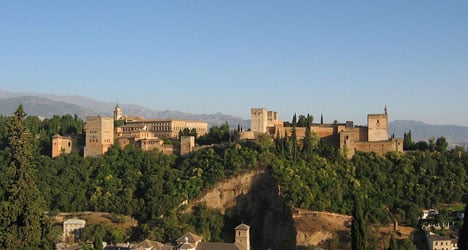 The man, of Spanish Jewish heritage, claims that his lifelong dream of seeing the Alhambra was dashed by the airline's destination error. Photo: Wikipedia

Edward Gamson told British newspaper The Independent on Sunday that he had been looking forward to fulfilling a lifelong dream of visiting the Spanish city, especially after two years without a holiday.

But his excitement turned to concern when his partner noticed that the electronic in-flight map showed them heading west from London.

Despite apologies from on-board staff, Gamson and his partner were delayed for three days in Grenada, some 4,000 miles from their intended destination. They then faced a refusal from BA to refund the £2,650 they had spent on first-class tickets.

Gamson is now pursuing a $34,000 (€25,000) damages claim against the airline in the US courts, alleging that the company's booking agents in Florida made the mistake and that the electronic tickets referred only "Grenada" and not the destination country or airport code.

"I have a lifelong interest in Islamic art. I’m also of Spanish Jewish heritage so it was something I had always wanted to do to visit Granada and the Alhambra. I made it absolutely clear to the booking agent I wanted to go to Granada in Spain. Why on earth would I want to go to Grenada in the Caribbean if I was flying back to America from Lisbon?" he told The Independent on Sunday.

“It’s just so sad. A trip we had been really looking forward to was ruined and … BA won’t do the decent thing,” he added.

Similar incidences involving British Airways have occurred before; in October last year, The Local reported the case of a 62-year-old British woman with breast cancer and a brain tumour who was also mistakenly flown to the Caribbean instead of southern Spain where she had intended to see the Alhambra as part of her "bucket list" tour.

On that occasion, the airline refunded the air miles used to finance the flight.