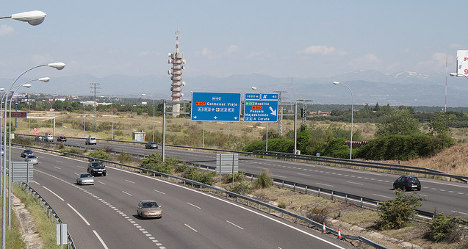 One of the vehicle's stolen parts pierced the pensioner's car and went straight into her leg. Photo: M Peinado

One of the vehicle's stolen parts pierced the pensioner's car and went straight into her leg.

Emergency services were unable to save the woman’s life given that the car parts, thought to be a leaf spring, went deep into her calf causing her to lose a lot of blood.

Half an hour earlier, Spanish police received a call from a man in an industrial estate on the outskirts of Madrid who was reporting the theft of components belonging to his vehicle.

According to Spanish news agency EFE, the man chased after the thieves along Madrid’s M-404 motorway but was unable to stop them.

Their inexplicable actions soon claimed the life of the 75-year-old victim, who drove over a leaf spring and suffered severe haemorrhaging when it went straight through the bottom of her car and into her leg.