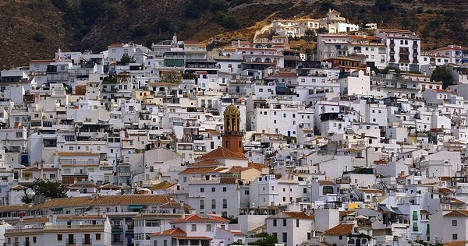 Two other men involved in Mallon's killing were handed two-year prison sentences but are unlikely to have to serve them because of Spanish law. Photo:Ruben/Flickr

The Spanish judge did find Jiménez guilty of manslaughter, ruling that he had provoked the 49-year-old holidaymaker’s fall from a 4-metre high ledge.

Mallon died 11 days later from the injuries sustained during the bar brawl between five Brits and up to 30 Spaniards.

“Spanish thug” and “just three years” are just some of the words used to describe the judge’s ruling in British tabloid papers The Mirror and The Daily Mail.

Fifteen Spaniards went on trial last May for the alleged murder of Mallon in the town of Competa, in Spain’s Costa del Sol.

They may however escape going to jail, as Spanish law states that prison sentences of two years or less are normally suspended for first-time offenders who pay compensation orders linked to their convictions.

This will more than likely be the case as the 15 who took to the stand were ordered to pay €225,000 in compensation to Mallon’s family.

The victim’s wife, Teresa, told the UK papers the sentences were “disgusting” andthat her lawyers would “be reviewing the sentencing document to see where we go from here.”

Online comments made with regard to the sentence have been derogatory both towards Spain and the judge’s decision.

READ MORE: What happened during the violent bar brawl that cost Mallon his life?