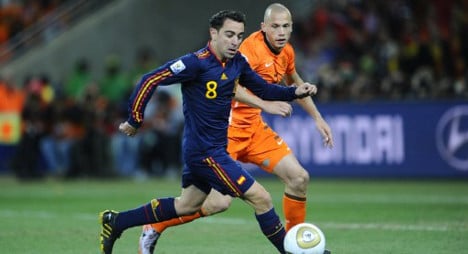 Spain manager Vicente del Bosque has dismissed suggestions his side are past their best as they attempt to win a fourth consecutive major tournament at the World Cup in Brazil.

The world champions get their campaign under way against the Netherlands on Friday in Salvador in a repeat of the final four years ago in South Africa which was decided by Andres Iniesta's solitary goal in extra-time.

"We have a mature team and young players. We are not afraid of anything and we are in our prime," said Del Bosque.

"I don't have any fear for the future either because we have an under-21 team that are winning things and there are plenty of replacements that will ensure a bright future."

Whilst Del Bosque could name a side containing just one change to the side that started the European Championships final in 2012, the Netherlands are a much changed outfit in recent years with coach Louis Van Gaal introducing a wave of young players with little experience at international level.

And understandably it is the more experienced trio of Robin Van Persie, Wesley Sneijder and Arjen Robben that concerns Del Bosque.

"A lot has changed in four years. We have had a relatively stable side since 2010, but Van Gaal has stimulated them a lot and conserved the essence of Dutch football. We know that up front they have very dangerous players."

Midfielder Xavi Hernandez also highlighted the threat of the Dutch front three, but is hoping Spain's normal dominance of possession will snuff out their threat.

"They have three very experienced players up front. They will sit in and then look for very quick counter-attacks. We know Spain will have more of the ball.

"That is our style and we know we will live or die by it. Hopefully it will allow us to make history."

Captain Iker Casillas is also confident of becoming the first side since Brazil in 1962 to retain the World Cup.

"We will try to repeat what we did in South Africa. We have the role of favourites and we know all the other teams want to beat Spain.

"We are motivated to win a second star on our shirt for our country. Spain have been the best team in the world for the past four years and, if we have the humility and ambition that we did in South Africa, the team will be strong and have a clear chance of defending the title."

Del Bosque confirmed that Barcelona left-back Jordi Alba will be fit to play despite suffering from foot blisters and toothache.

That leaves the former Real Madrid boss with just one major decision over whether to start with a recognised centre forward in Diego Costa or opt instead for Cesc Fabregas as a "false nine".

Fabregas completed his move from Barcelona to Chelsea on Thursday and expressed his relief to get his future sorted ahead of the start of Spain's campaign.

"It was extremely important to me that this transfer was completed before the World Cup so that my mind will only be focused on hopefully helping my country try to retain the trophy," he told his official Facebook page. 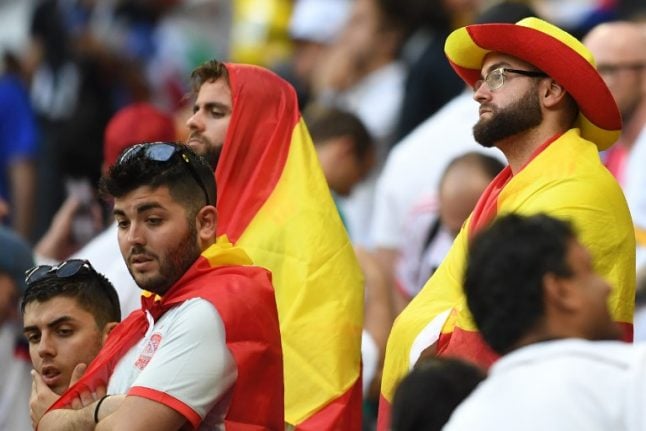