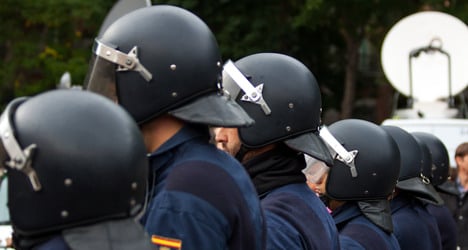 The ministry has increased the alert status from the current level 2 to level 3 in the lead-up to the enthronement, expected to take place around June 19th.

The highest alert level in Spain is 4.

The move will see measures such as tighter controls of aerospace over Madrid. Special police squads will also patrol the area around the national parliament and along the route of the royal parade, Spain's ABC newspaper reported.

The interior minstry said deployment will be similar to that seen at the royal wedding between Crown Prince Felipe and his wife Letizia ten years ago. But the government also said the situation was now less tense given that the Basque terror group Eta was no longer active.

In related news, Spain's Director General of Police Ignacio Cosidó on Thursday said anarchist terrorm had "taken root" in Spain.  Citing a thwarted 2013 attack in Zaragoza Cathedral, he said this form of terrorism was a "priority for the police".