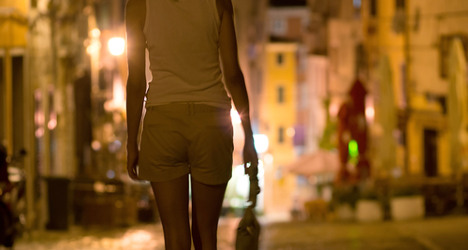 Photo of a woman walking down a street: Shutterstock

Spain's gross domestic product could jump from anywhere between 2.7 percent and 4.5 percent using the new calculations, the country's national stats institute (INE) said in a statement.

Illegal activities such as drug trafficking and the sex trade could raise national GDP by anywhere from 1.5 percent to 3 percent, the INE added.

The remaining boost to GDP would come from the contributions of research and development and military armament.

The INE's statement cames as EU countries gear up to meet new requirements which will see them having to state what percentage of their GDP is based on activities as diverse as people smuggling, contraband cigarettes and prostitution.

The EU's statistics agency Eurostat has already estimated the average increase due to the new calculation would be 2.4 percent, with the highest rises for Finland and Sweden at 4–5 percent. These would be followed by Austria, Britain and the Netherlands at 3–4 percent.

SPANISH LAW
What’s the law on prostitution in Spain?
Url copied to clipboard!