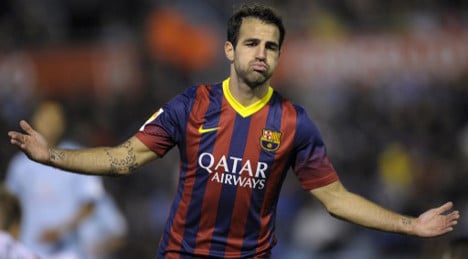 "Barcelona and Chelsea have reached an agreement for the sale of Cesc Fabregas to the English club," the Spanish club said in a statement without giving further details.