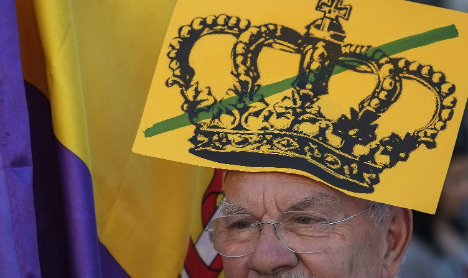 "Spain, tomorrow, will be republican," they chanted, waving the red, purple and gold flags of the country's second republic, proclaimed in 1931 then overthrown eight years later by General Francisco Franco at the end of the country's catastrophic civil war.

It was only a few hours after the 76-year-old king announced his abdication on June 2nd that a wave of republicanism spread across the country.

On Saturday, dozens of left-wing political parties and citizens organisations came together to demand "A referendum now!" on the future of the monarchy.

Forty-six-year-old Crown Prince Felipe is due to be crowned king, probably on June 19th, in a joint session of parliament, whose members, both in the ruling party and in opposition, overwhelmingly support the monarchy.

But a spate of scandals over the past three years have caused a dramatic drop in the monarchy's popularity, which has also been hit by the general loss of faith in Spain's institutions that has accompanied its economic crisis.

Those feelings were evident in the results of the European Parliament elections on May 25th which saw a collapse in support for the two traditional parties.

Among the insurgent new left-wing parties was Podemos, a new party that emerged from the "Indignants" protest movement of 2011.

"If the People's Party and Socialist party think that Felipe has the confidence of the citizens, he should submit to a referendum," Iglesias said.

The republican wave has mostly engulfed the young, who were not around when Juan Carlos took the throne on November 22nd, 1975. It was two days after Franco's death and the young king oversaw a dramatic period of transition to democracy.

In announcing his abdication, Juan Carlos said he hoped for a "renewal" of the monarchy.

Crowned in November 1975 after the death of Franco, Juan Carlos won wide respect for his role in building modern Spain.

But a corruption scandal struck his family in 2011 at the height of an economic crisis and undermined his popularity.

The following year he sparked fresh outrage by hunting elephants in Botswana while ordinary Spaniards struggled through a recession.

Years of economic crisis "have awakened in us a desire for renewal, to overcome and correct mistakes and open the way to a decidedly better future," the king said in a televised address.

"Today a younger generation deserves to step into the front line, with new energies," he said.

Although Felipe has been spared the opprobrium that has engulfed his father, he faces a daunting task in rebuilding the legitimacy of the crown. 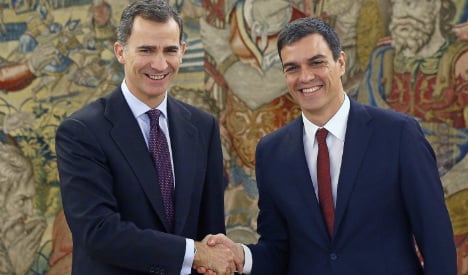 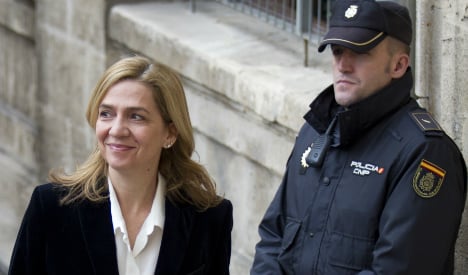