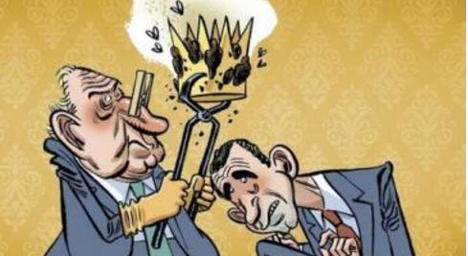 El Jueves were already forced to pull a front cover in 2007 which caricatured Prince Felipe and his wife Letizia having sexual intercourse as it was deemed “disrespectful”.

Copies of El Jueves came out a day later than usual with a new cover showing Pablo Iglesias, leader of the surprise party ‘winner’ at the European Elections: grassroots political party Podemos (We Can).

Publishing group RBA had initially decided to feature King Juan Carlos’s abdication as the cover story of El Jueves’s weekly edition, but according to magazine sources who spoke to Spanish daily El Mundo, "they told us it couldn’t be published and that it shouldn't be on the streets".

By that stage however, the controversial cartoon had been shared on Facebook and other social media, leading readers to question what had happened to it.

El Jueves cartoonist Albert Monteys and the artist behind King Juan Carlos’s dung crown, Manel Fontdevila, both announced their resignation on Twitter in the midst of the controversy.

Numerous other members of the team have since followed suit.

RBA are refusing to comment on the matter, while El Jueves staff had said "we’re not kidnapped and we do deal with the king’s abdication in the inside pages".

"The editorial team was told some time ago by RBA that we shouldn’t run anything on the monarchy," they added.

"The magazine has been mortally wounded. RBA’s owner wanted to do the king a favour but in the end it’s backfired."

El Jueves were already forced to pull a front cover in 2007 which caricatured Prince Felipe and his wife Letizia having sexual intercourse as it was deemed “disrespectful”. 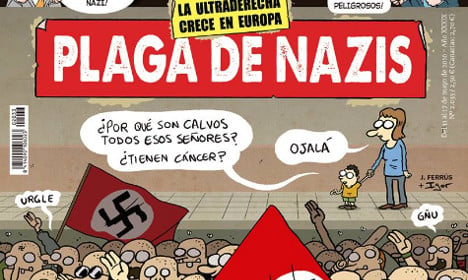 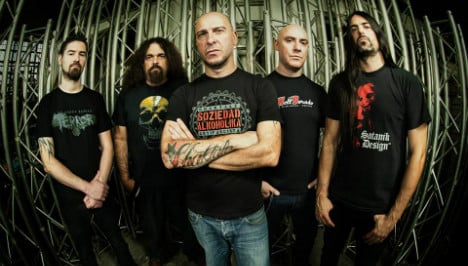