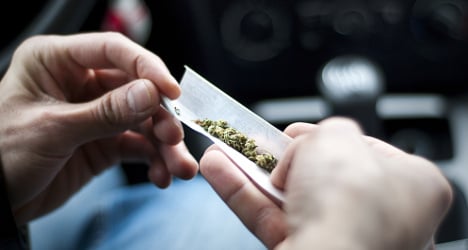 Photo of someone rolling a joint: Shutterstock

Researchers in Spain's Valencia region published their findings in a report in the latest issue of the medical journal Psychiatry.

They described the case of a 19-year-old Valencian woman who had started smoking hashish at 16 before switching over to Spice.

In May 2012, she sought medical help after suffering from a pyschotic episode that had lasted for several months. She had stopped smoking Spice months earlier but was still experiencing hallucinations, and talking to herself.

She was also suffering from movement problems and would remain immobile for long periods in a praying mantis position,

Even after receiving treatment, the patient continued to suffer from motivation problems and movement problems.

Scientists say it’s the first diagnosed case of catatonic psychosis brought on by the intake of synthetic cannabis.

“Up to now, previous studies described had only detected rigidity and delayed movements during the consumption of Spice, but not months after,” lead researcher Gonzalo Haro Cortés told SINC, Spain’s main science news agency.

Their objective is now to warn people of the potential health consequence of these type of drugs, which can easily be found in marijuana paraphernalia stores or online.

Around 1.1 percent of young Spaniards are thought to use Spice, according to figures from 2010.