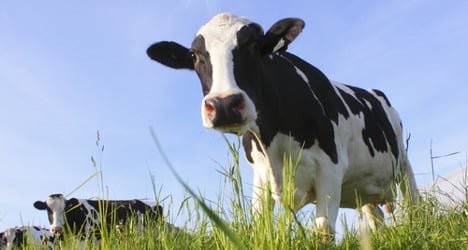 Picture of a black and white: Shutterstock

It was supposed to be a joyous homecoming: On Saturday, the streets of downtown Santander were home to an animal parade for the first time in 25 years.

But things went awry when one of the 600 Spanish Tudanca cows involved in the procession escaped from its minder and charged startled spectators.

Eight people, including a child and a German tourist, were lightly injured in the incident and suffered bruising and fractures.

All were treated at a local hospital and three were yet to go home on Monday.

Thousands of people lined the streets of Santander for the procession, with only some parts of the animals' route protected by barriers.

Organizers have said they will look closely at improving safety procedures for next year's event.