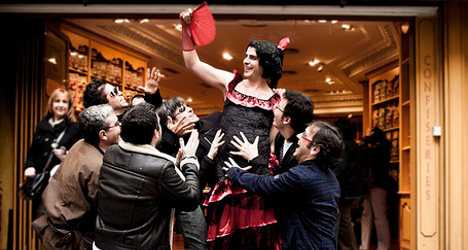 La Latina's streets are layered with tapas bars and terraces which appeal to an older group of Spaniards eager to kick off the partying from midday onwards. Photo: Aitor Aranda/Flickr

“It’s impossible to sleep from Thursday to Sunday, and in the summer it’s even more unthinkable if you don’t have air conditioning (as you have to leave the windows open),” neighbourhood association president Saturnino Vera told Spanish daily ABC.

La Latina is one of Madrid’s most lively neighbourhoods, its Sunday flea market drawing in thousands of tourists and locals, week in week out.

The neighbourhood’s sloping streets are layered with tapas bars and terraces which tend to appeal to an older group of Spaniards eager to kick off the partying from midday onwards.

Perhaps it’s this popularity with the country’s 30 something’s which explains why La Latina has turned into one of Spain’s ‘stag do capitals’. Large groups of men and women dress up and lose all their inhibitions, as well as their voices, as they scream and barhop through the ‘barrio’.

“Residents called the police half a dozen times but the youngsters carried on with their revelry until 3.30 in the morning.”

“The Town Hall is lenient and overly flexible so (La Latina) has turned into an open-air alcohol supermarket,” adds Arcadio Martín, spokesperson for the same neighbourhood association.

Both men are calling for more to be done to ensure that the neighbourhood bars have the necessary licenses and soundproof infrastructure in place.

“It would be enough to have a couple of municipal policemen patrolling the streets,” Martín suggests as a way of putting a stop to drunken partygoers making noise outside the bars.

“All our complaints to the Town Hall have proven unsuccessful. Now we want the noise pollution levels to be measured as the law states.” 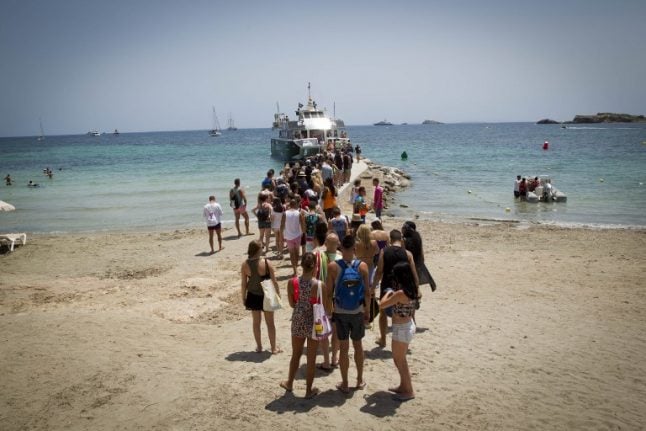