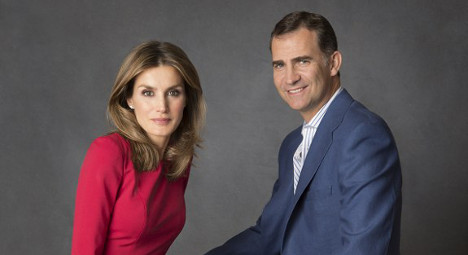 Ortiz, the granddaughter of a taxi driver, got married on May 22, 2004 to Prince Felipe. Photo: Cristina Garía Rodero/SPANISH ROYAL HOUSE/AFP

Ortiz, the granddaughter of a taxi driver, got married on May 22, 2004 to Crown Prince Felipe de Bourbon who is now to take over the throne after the abdication of his father, King Juan Carlos.

The couple's sumptuous and rain-soaked marriage ceremony at Madrid's Almudena Cathedral ended years of speculation over the love life of the prince, five years older than her.

Even before joining the royal family, Ortiz was a well-known face in her job as evening news presenter for Spanish national television TVE.

Previously, she had worked for a Spanish newswire and various newspapers before moving into television.

The bride's modest background and divorcee status shocked some in Spain. She married former literature teacher Alonso Guerrero in a civil ceremony in her mid-20s but the pair split up within months.

But her down-to-earth attitude and elegant dress style brought a welcome touch to the Spanish monarchy, which was restored in 1975 on the death of General Francisco Franco.

When Felipe interrupted Ortiz at their official engagement presentation as she explained how she would gradually leave her job at TVE, the future queen snapped at him: "Let me finish!"

During her first years as princess, Ortiz struggled to gain the affection of Spaniards, who often criticised her as being distant and cold at public events.

But public sympathy for Ortiz soared after her 31-year-old sister Erika committed suicide in February 2007.

Dressed in black and pregnant with her second child, Ortiz broke down in tears as she briefly addressed a crowd of reporters after leaving a memorial mass for her sister.

"Thanks to all who have felt sadness over the death of my little sister," said Ortiz as she clung to the arm of Felipe.

Ortiz met the prince in Galicia in November 2002 while she was covering the environmental damage to the coastline of the northwestern region by the sinking of the Prestige oil tanker.

Ortiz's journalist father Jesus Ortiz has described her as a "perfectionist" with "her head well screwed on" — a view echoed by her mother Paloma Rocasolano, a nurse and union representative at a major Madrid hospital.

Ortiz has provided regular fodder for Spain's gossip TV shows, online columns, newspapers and magazines, with a big focus on her clothes and thinness.

She has had few known health problems, although in August 2008 the princess had surgery on her nose, to straighten the cartilage and fix a breathing problem, according to the palace.

Born Letizia Ortiz Rocasolano on September 15, 1972 in the northern city of Oviedo, she studied communications at Madrid's Complutense University before taking a masters in broadcast journalism and heading for Mexico for several months to work on a newspaper.

On returning home she made a name for herself after moving into television with financial station Bloomberg TV, later becoming a news presenter with the TVE national network from 2000.

That led to a slew of assignments worldwide, covering events ranging from the September 11 attacks in the United States to the war in Iraq. She earned several awards, including one for the best journalist under 30. 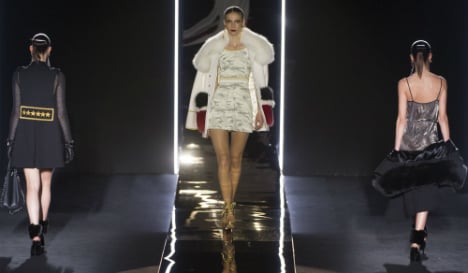 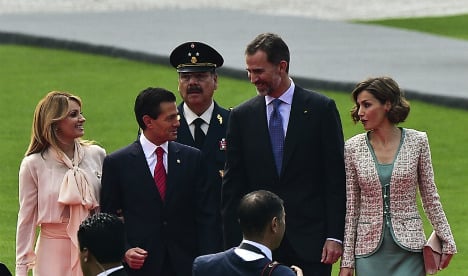