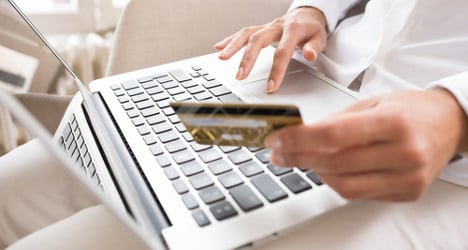 Some 24 percent of Spaniards are yet to use the Internet, according to the EU 2014 Digital Scoreboard. While this is an improvement on last year's figure of 27 percent, it is still above the EU average of 20 percent.

Spain also has lower rates of daily internet use, with 54 percent of the population saying they go online every day, against an EU average of 62 percent.

The EU update on the digital state of the Union also reveals Spaniards are much less likely to shop online than many of their European peers. Only 32 percent of people in the country had ordered goods or services online in the last 12 months, compared to a 47 percent average for the EU as a whole.

But Spaniards had higher than average rates of internet use for using eGovernment services: 44 percent againts the EU's average of 41 percent.

Disadvantaged people, including people aged 55–74, people with low education levels, and unemployed, retired or inactive people in Spain are as highly digitally skilled as the EU average.

"Most Europeans now live digital lives and they are hungry for more. We have solved the internet access problem. But the digital skills gap persists. Unless we all do more, we will face a digitally illiterate underclass in Europe," said European Commission Vice-President Nellie Kroes.