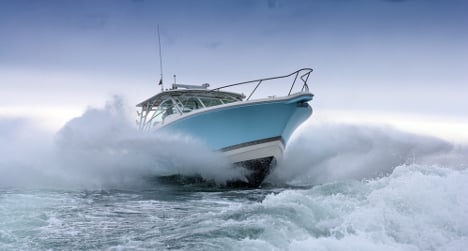 Nineteen people were arrested and six more have been charged in the sting operation. Photo of speedboat :Shutterstock

Nineteen people were arrested and six more have been charged in the sting operation carried out by GRECO, the group charged with fighting organized crime on Spain’s Costa del Sol.

A video posted three weeks ago on YouTube under the name “Gibraltar County: the drug trafficker’s highway” raised the alarm over how organized crime groups are acting with impunity despite attempts by police to thwart their illicit practices.

The footage, filmed by a boatman on the Guadarranque river, shows how six speedboats zip through the usually calm waters in broad daylight on their way to the Moroccan coast.

According to Spain’s Interior Ministry, Campo de Gibraltar – a Cádiz province which takes its name from ‘The Rock’ – is where almost half of the hashish in mainland Spain comes through.

Leading Spanish daily El País reported that the jetties from which the speedboats departed were located in private residences in the town of Los Barrios, half an hour drive away from Gibraltar.

Although no drugs were seized in the sting operation, Spain’s tax authorities have reported that the people arrested held plenty of assets.