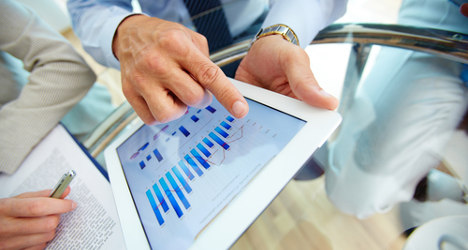 The European elections were less than kind to Spain's largest parties. Both the ruling Popular Party and the opposition socialists PSOE lost support as Spaniards expressed their anger over corruption and the crisis.

But the results in the small Majorcan town of Costitx took this voter dissatisfaction to a whole new level.

Results from the municipality, home to just over 1,000 people, showed neither of the 'big two' had picked up a single vote in the poll, according to local daily Diario de Mallorca. Not even the candidates for those parties had been faithful enough to vote for the cause, it appeared.

The same wonky results showed the Coalition for Europe — a group of Catalan, Basque, Galician and Canary Island nationalists — had chalked up a big win in the town.

Regional newspapers subsequently published the surprising results, but then the electoral mystery was solved: a faulty tablet device was to blame.

"Even when the data was being introduced to be sent off the device was making a strange noise," said local mayor Antoni Salas.

Once polling officials took note of the initial results, a proper recount was done. This revealed the Popular Party had won the day with 97 votes with the socialists picking up 33 votes, behind parties including the Catalonia's Republican Left (ERC) and surprise package Podemos.