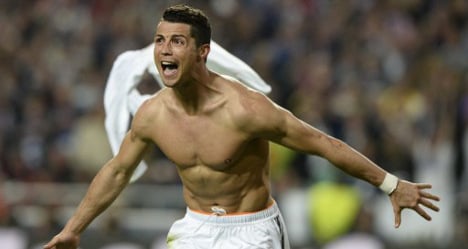 The victory ended Atlético's dreams of a historic double after they claimed the Spanish league title recently.

Although it was Real's 10th European Cup triumph, they had been staring at defeat at one stage against the La Liga champions.

Bale had squandered three good scoring chances for Real in the 90 minutes of regulation time before he struck in the 110th minute.

Marcelo added the third with two minutes remaining and Ronaldo the fourth from the penalty spot in the dying moments.

FOOTBALL
From arrests to pickpockets: The numbers that tell the story of Liverpool and Spurs fans in Madrid
Url copied to clipboard!