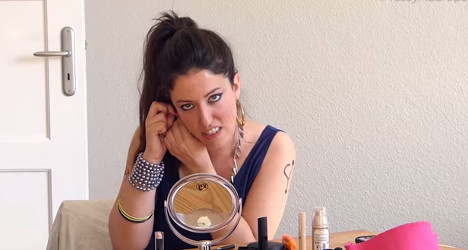 Some Spanish residents can't wait to take to the polls on Sunday to decide how the country is represented in Europe while others are more concerned with the feast of football that awaits fans in Saturday's European Champions League final.

Wherever your priorities lie, take a look at our Europe by the Numbers guide to learn more about the political landscape.

€1.75 billion: The entire Parliamentary budget. This includes MEP salaries of €200 million ($270 million), other salaries (€187 million), and other expenses such as buildings, furnishings and IT equipment (€583 million).

€200 million: It’s estimated the EU spends up to €200 million per year on the so-called “travelling circus” of shuttling staff and deputies between its three different locations. The monthly, four-day Parliament sessions are held in the legislature’s chambers in Strasbourg, eastern France while most committee meetings take place in Brussels, yet support staff work out of Luxembourg.

€96,246.36: The minimum, pre-tax salary of a Member of European Parliament. MEPs also get up to €4,299 per month for their office expenditures, like postage and computer equipment, plus travel expenses and living costs while away on official business. The salaries alone add up to €208 million per year.

552: The number of language combinations possible with the 24 official languages in the European Union.

54: This is how many delegates Spain will be sending to Brussels in 2014. That's 42 fewer than Germany but 48 more than Malta, Cyprus, Estonia and Luxembourg.

46: The average age of Parliamentary employees.

28: The number of member state nationalities represented in the payrolls. Belgians top the list of employee numbers, followed  by the Italians, the French, the Germans, and the Spanish.

7: The percentage of the world's population that lives in the European Union

3: The percentage ballots that candidates have to receive in order to get reimbursed by the European Union for election expenses.