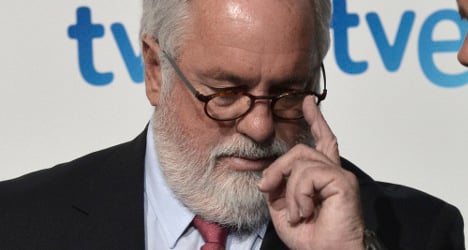 The apology comes nearly a week after Miguel Arias Cañete caused a stir by alleging he had gone soft on his socialist rival, PSOE candidate Elena Valenciano, during a TV debate because “it’s complicated to show intellectual superiority” and not come across as a "chauvinist" "for cornering a defenceless woman".

The comments unleashed a storm of protest as well as a flurry of comic internet memes portraying the bearded Cañete as everything from a caveman to a gorilla.

The episode even made international headlines as Spain's European elections campaign descended into a slanging match between the two major parties.

On Wednesday, the embattled candidate did so.

"It was a very unfortunate way of expressing myself," Cañete told Spanish radio station Cadena Cope.

"Anyone who knows me knows what I am like and that I have always valued people regardless of whether they are a man or a woman. My career shows that.

"But if I have offended anyone, of course I beg their forgiveness."

Speaking on Cadena SER radio station, Valencia accepted the apology although she said she couldn't "speak for all women" in doing so.

The apology came "late and under pressure", the politican also said, adding that the problem was not "what Cañete says, but what he thinks".