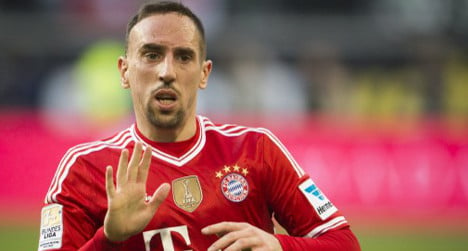 The European election campaign of Spain's ruling Popular Party (PP) threatened to come off the rails recently when candidate Miguel Arias Cañete came under fire for his sexist attitudes.

It all started when he alleged he had gone easy on opposition PSOE Euro candidate Elena Valenciano during a live TV debate because "it’s complicated to show intellectual superiority" and not come across as a "chauvinist for cornering a defenceless woman".

The comments caused a storm on Twittersphere and even won Cañete unwanted attention in the world press, with newspapers including the UK's Guardian and Germany's Die Welt taking aim at Spain's 'caveman' candidate.

Cañete's party have since attempted to protect their man, with Estabán González Pons telling TV station 13TV that tiredness could have caused the gaffe.

On Monday, González Pons went a step further by turning defence to attack.

When, during a second European elections television debate, the topic of Cañete's comments came up, he held up a large piece of cardboard on which was printed a 2012 tweet from the embattled politician's main rival Valenciano. "Have you ever seen an ugly guy than (French footballer) Ribéry?' the tweet from the socialist politician reads, a reference to the attacking midfielder, who was disfigured in a car accident when he was two years old.

Valenciano apologized shortly afterwards for what she called a "stupid" message, emitted during a match between Spain and France in the 2012 European Cup.

She also said she had been unaware of Ribéry's car accident at the time.

"This a tweet from Valenciano," said González Pons during Monday's debate.

"I could also say that Elena makes fun of everyone who has had a traffic accident. No, Elena had a bad day. We can all have a bad day but to draw conclusions is turn an anecdote into a fact," he added.

Valenciano responded by saying she had apologized immediately, something Cañete has yet to do.

A recent poll by the left-leaning El País newspaper found the ruling Popular Party (PP) and the chief opposition party, the socialist PSOE, running neck and neck. Some 32.6 percent of people said they would vote for the PP while 32.2 percent were planning to cast their ballot for the socialists.

A separate poll run by the right-leaning El Mundo newpaper found, however, that the PP were far ahead of the PSOE, with the ruling party predicted to win 33.8 percent of the vote against 25.7 percent for the socialists.