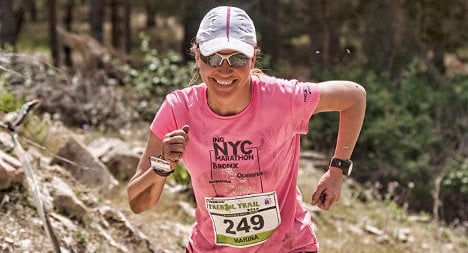 Marina wants to turn the Spanish Pyrenees, in particular the Benasque Valley, into a global reference for trail running. Photo: Daniel Ateca

What brought you to Spain in the first place?

I grew up in Stockholm, although my parents are Finnish. When I finished high school, I decided I wanted to learn Spanish so I signed up to an au-pair scheme.

Even though I returned to Sweden to complete my higher education in computer sciences, I missed Spain so much I just had to come back with my boyfriend.

Was it easy to find work in IT and did being a foreigner make a difference?

The IT sector has remained relatively untouched by Spain’s crisis. I have plenty of friends – both foreign and Spanish – who have a background in IT and all of them have a job.

Being a foreigner may be an advantage if you have languages under your belt.

What can Swedes get out of living in Spain, apart from a lot more sunshine?

Rather than just hot temperatures, it’s the amount of light you get even on a cold winter’s day that really makes a difference to me.

What I love about Spain is how much is on offer without having to catch a plane. Even here in Madrid where there’s no beach you only have to take a short drive out of the city and you have quaint villages, snowy mountains, nature reserves, historical monuments; all a stone’s throw away.

If expats make an effort to learn Spanish, they also run a lesser risk of getting trapped in a bubble or not feeling integrated in what’s really a great society.

Tell us about this ambitious new project you’re embarking on.

Well, Trail2Heaven combines two of my passions: trail running and the Pyrenees.

My boyfriend and I have a house up there so we’ve experienced its full potential as a great destination for sport and tourism combined.

It has the infrastructure and accommodation already in place from the ski resorts but remains authentic and unspoilt.

That’s why we want to turn the Spanish Pyrenees, in particular the Benasque Valley, into a global reference for trail running.

What does Trail2Heaven offer trail racers?

We have three different trail races planned for the next few months, ranging from a 5km vertical to a 46km trail race starting in Spain and finishing in France.

The 25km race is also a great place to register a good time because it’s largely downhill, so from the more seasoned racers to those who are starting to get into trail racing, there’s something for everyone.

We also offer week-long training camps for runners who want to improve technique, recover from injuries or simply take their first steps as trail racers.

The camps for Swedes are headed by experienced Swedish professionals, the rest by Spanish pros.

How easy has it been to get Trail2Heaven off the ground?

We’ve had the support of Benasque Town Hall, the local ski resorts, Spain’s Civil Guard police, the local tourism board, you name it.

Yes, there has been a fair amount of Spanish bureaucracy and permits to deal with but everyone there is aware of the benefits this project can bring to the local economy in terms of jobs, hotel bookings etc.

I think having a home here and knowing almost everyone because it’s a small place has worked in our favour too.

Anybody trying to embark on a similar venture may face more setbacks say if they do so in a big city like Madrid.

In terms of finances, it will be a more profitable business once we have a greater number of training camps running throughout the year as the proceeds from race inscriptions are not that high.

What’s your main goal for Trail2Heaven?

I want the Benasque Valley to be the first place people think of when trail racing is mentioned. It’s such a spectacular setting with snowy mountains, glacial lakes and green valleys; I dream of being able to live there full time and dedicate my all to Trail2Heaven, a new form of active tourism. 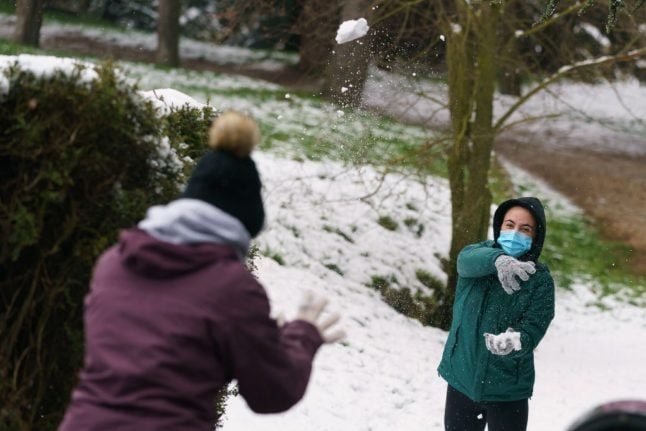 WEATHER
Season mixup: spring in Spain to kick off with winter storms and snow
Url copied to clipboard!