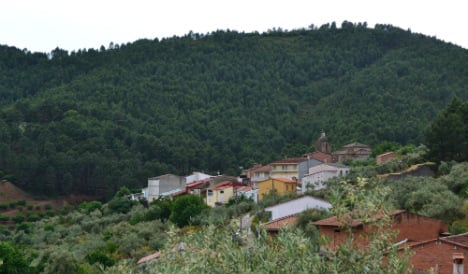 But residents in this remote corner of the southwestern Extremadura region say it was saved by Spain joining the European Union — and now its leaders are anxious to translate that into votes in the European elections on May 25th.

"This is nothing like the Las Hurdes of Bunuel," said local parish priest Angel Luis Lorenzo, pointing to the well-made slate roofs of the nearby houses.

"Everything has changed. Look at the buildings. The people are more open, the roads are better."

For the classic film director, Las Hurdes was a "sterile" land — one of the poorest in a country on the fringes of Europe under them dictator Francisco Franco.

But Franco's death in 1975 and most of all Spain's accession to the European Union in 1986 changed all that. Locals here are still grateful to the far-away bureaucrats in Brussels.

"During the dictatorship we were totally abandoned," said Gervasio Martin, the Socialist mayor of one of the main villages in the district, Caminomorisco, with a population of 1,400.

"Today we are proud to be a normal district, like any another," he added, largely "thanks to European funds". Spain has received €300 billion ($410 billion) in aid from the European Union since joining.

The Spanish government estimates that seven percent of this has gone to developing Extremadura, a relatively small region of about a million inhabitants.

That helped partly reverse the exodus of young people who for generations had been leaving Las Hurdes in search of opportunities elsewhere.

"I got tired of Madrid so I came back here," said Soraya Conde, a 31-year-old town councillor, out putting up campaign posters for the European elections with other Socialist Party activists.

In the late 1990s, with EU funding, Las Hurdes got its first public high school.

"We were the first ones who were able to stay here for high school, instead of leaving at the age of 14," said a fellow campaigner, Noelia Martin, 31.

Extremadura also suffered, however — more than most — from the economic downturn in Spain that started in 2008.

Even with aid from Europe, Extremadura had the fifth highest regional unemployment rate in Europe last year — a massive 34 percent, according to EU data.

In Las Hurdes, as in Spain generally, people are fed up with hardship and with politicians, making them more likely to skip voting in this month's European polls, the mayor fears.

"Europe seems far away from us, sadly," he said.

"I think that is a mistake, because the things that affect us are being decided there more and more. But we politicians have not been able to explain that." Local beekeeper Anastasio Marcos has seen for himself how decisions in Brussels affect the people of this remote corner of Europe.

"I am very worried because high abstention does discredit to the European Union," he said, as he oversaw the collection of pollen from his hives — his family business for four generations.

"With the aid they have given us, we have restructured the whole sector," he said.

"We have made our activity profitable and so it can allow our families to live here, in our villages."

His beekeeping cooperative Apihurdes exports up to 80 percent of its honey to Europe, with the business supporting 150 families.

Unlike the few cork beehives filmed by Bunuel, the Las Hurdes honey trade now accounts for 30 percent of the district's economy and one of its main drivers along with tourism.

"Here we had to do things very quickly in little time," said the mayor Martin. "It is spectacular what we have achieved in Las Hurdes in the past 30 years."