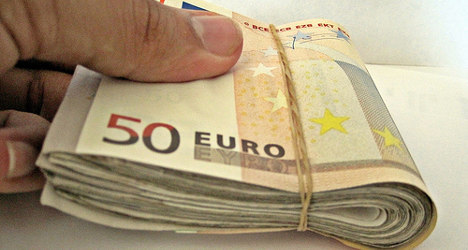 Spain is a world leader in fraud with around €253 billion ($347 billion) in illegal money floating around in the country's economy in 2013, Spain's tax office union Gestha said in a statement on Friday.

This figure has also risen €50 billion since the country's crisis kicked in in 2008.

Critically, Gestha also argues Spain that Spain is chronically short-staffed when it comes to fighting tax evasion. Spain has one tax worker for every 1,958 inhabitants, against 942 for France and 740 for Germany, the union said in its statement.

"In Europe nobody understands that Spain's tax office results" are hampered by a political regime that "doesn't give powers or responsbility" to qualified staff, the union added.

Spain's tax office only collects one in every six euros of illegal money it turns up, Gestha said in a bid to highlight Spain's rickety tax regime.

Spain has the third highest top rate of income in Europe but among the lowest revenues from tax collection as a percentage of GDP.

A 2013 study by Spanish bank La Caixa suggested as many as a million workers in Spain could be working outside the tax system.