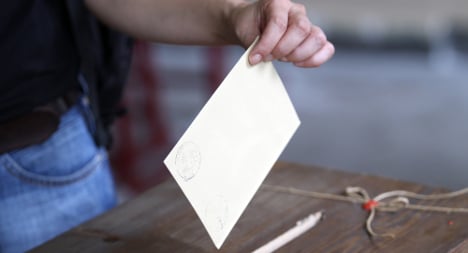 Under current Spanish legislation, people automatically lose the right to vote when they are declared 'incapacitated' for other purposes. Photo of ballot box:Shut

According to the judge, the court that made that previous ruling had failed to "respect the dignity" or the "self-sufficiency" of the young man when reaching the verdict.

"It’s one thing to not be able to look after yourself and your own money and another to be stopped from doing so," the court heard.

The 2013 verdict had prevented the young man with learning difficulties from voting, a decision that goes against the UN’s International Convention of Human Rights with regard to people with disabilities.

The court confirmed that the claimant was able to understand simple explanations and reach his own decisions, acknowledging that his voting choice "hadn’t been questioned by those who knew him directly" and would "seem to be a suitable therapeutic measure" for the treatment he’s receiving for his illness.

Spain continues to be a world leader in rights for the physically and mentally disabled.

On Wednesday, legal authorities ruled in favour of a blind 23-year-old law graduate who called for people with his disability to be allowed to become judges.

However, while intellectually disabled people in Spain are theoretically entitled to participate during elections, many find themselves unable to do after they are declared 'incapacitated' by a judge.

Under current Spanish legislation, though, people automatically lose the right to vote when they are declared 'incapacitated' for other purposes.

Mental disabilities association FEAPS put the number of people affected by this legal grey area at a little under 80,000.