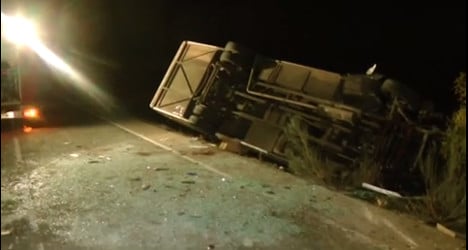 Various Spanish media reports put the ages of the minors killed at between 12 and 15 years. Photo: YouTube

"A minibus carrying a youth football team had a collision with a digger" near Castuera in the southwestern Extremadura region on Thursday evening, a Civil Guard source told.

"For the moment there are four minors and one adult dead," said the source, who asked not to be named.

Extremadura emergency services said on Twitter that overall 13 people were injured of which 11 were taken to hospital. The Civil Guard source said that at least six of those were "seriously" hurt.

Various Spanish media reports put the ages of the minors killed at between 12 and 15 years.

The president of the Extremadura regional government, Jose Antonio Monago, said the youngsters were on their way home after playing in a competition in the rural region.

"A death is always a tragedy, but I think it resonates a bit more in everyone´s mind when it is children of such a young age," he told COPE radio station as he headed to the scene of the accident.

Media published photographs of the white bus lying on its side by the highway as rescuers worked at the scene.

Last July a bus carrying more than 30 passengers careened off a highway near Avila in central Spain and ploughed into a metal safety barrier, killing nine passengers.

That was the deadliest bus accident in Spain since April 2008 when nine Finnish tourists were killed in a crash in the southern Andalusia region.

ROADS
Who are the worst drivers in Europe? 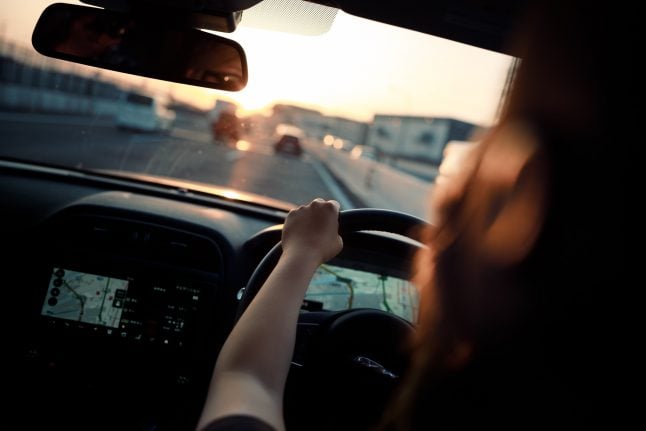 ROADS
UPDATE: No, Brits in Spain don’t have to apply to exchange their driving licence before Brexit day
Url copied to clipboard!