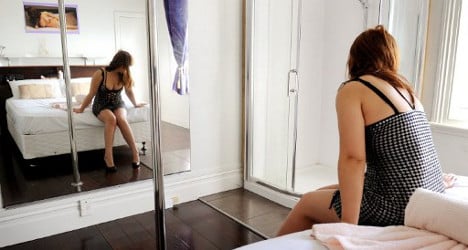 The would-be Casanova first captured the young women’s attention by pretending to be a wealthy businessman with an impressive list of contacts in the fashion industry.

With the promise of making them all top models, he moved them into his luxurious villa in the southern Spanish city of Marbella.

It was there that the young girls’ professional and romantic relationship with the fake businessman turned into a nightmare.

“He enjoyed their company whenever he wanted,” sources close to the investigation said when describing how 50-year-old Shoja S. managed to set up his own private harem.

Although the women soon became aware that their lover was no more than a conman, he kept them under his thumb with physical and psychological abuse, Spanish newspaper ABC reported.

“They were always controlled and supervised by him. He threatened to harm them if they didn’t tell him everything they were doing.”

After three years living under the same roof, Shoja fathered seven children with his ten concubines, all of whom except for his wife were between 19 and 24-years-old.

“It was the girls who paid for everything after asking their loved ones for money,” sources close to the investigation added.

One of them has filed a lawsuit against Shoja for allegedly forcing her family to pay the monthly €6,500 ($9,000) rent for the Marbella mansion.

Eight others have since pressed charges against him for physical and psychological abuse.

Shoja S. has told a Marbella court that the girls were his employees.

He ignored other restraining orders and was previously released on bail for similar charges, leaving the women in a state of “terror”.

They have all left the house where they lived with the Iranian, with some living in shelters and one having left the country, ABC reported.