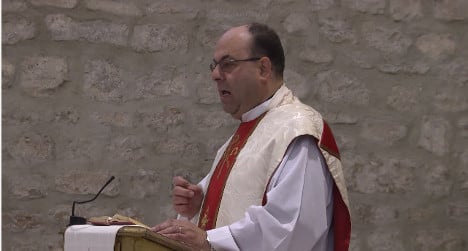 The inappropriate speech, given during a child’s first communion in the southern city of Jaén, has sent shockwaves through Spanish society after it was posted on YouTube on Monday.

“Thirty years ago there was a lot more ignorance and a man would maybe get drunk and when he got home beat up his wife, but he wouldn’t kill her like they do nowadays,” the priest told his audience.

“There used to be a set of Christian principles and values. People would live by the commandments and their Christian education, so even if a person got drunk, he knew that the fifth commandment said ‘thou shalt not kill.”

According to the priest, the ‘current’ situation has arisen because “Jesus has disappeared from our society”.

“There are more crimes, violence, drugs, murders, cases of gender violence” even though human beings are “technically more perfect”, he added.

“Do you see how important it is to know Jesus?”