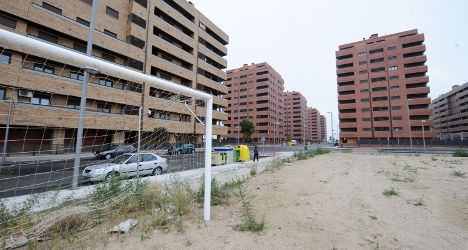 Under the draft legislation, property owners would have to register properties that have been empty for more than two years as of January 1st 2015. They would then be taxed accordingly.

The planned tax is targeted primarily at financial institutions and would be gradual, with annual taxes levied on each property of €500 ($690) to €16,500 depending on how many properties are owned.

The proposal will help breathe life into a market where 15,000 people lost their homes in 2013, Catalonia's government said in a statement.

The region hopes to raise up to €35 million through the move — money which could be used for social housing.

If half of these properties became available, the region could double its current stock of 14,000 social housing, Spain's El País newspaper reported on Friday.

There are 3.4 million empty homes in Spain according to 2013 census figures.

This is 14 percent of all properties in Spain and more than enough to house the continent’s homeless population of 4.1 million, it was reported recently.