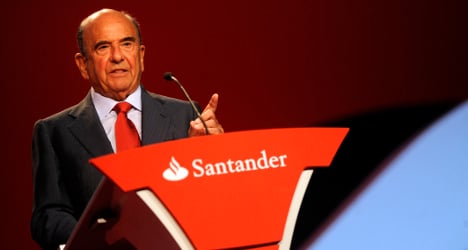 Santander, the largest bank in the eurozone by market value, already owns 75 percent of Banco Santander Brasil but now wants to snap up the rest.

It planned to pay for the remaining 25 percent stake by issuing 665 million new Santander shares.

"The offer reflects Banco Santander's confidence in Brazil and its Brazilian subsidiary as well as the latter's long-term growth potential," the bank said in a statement.

The deal, which is subject to regulatory approval, offers existing shareholders a 20 percent premium on the closing price of the Brazilian unit's shares, it added.

Banco Santander's shares would be listed on the Sao Paulo stock exchange, it said.

Brazil accounted for a fifth of Santander's net profit in the first quarter, the same share as its British unit.