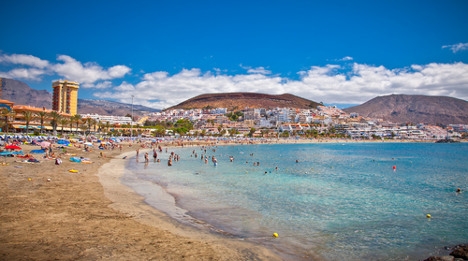 Tenerife: Shutterstock.
Talk of Spain and begging conjures images of eastern European and African migrants begging for change outside the country's supermarkets and bakeries.
But few people realize that among this group are a population of poor Swedes who are out begging on the streets of the southern European country.
Sweden's Faktum magazine, which is sold by homeless people in Gothenburg, released an issue on Tuesday that took a deeper look into the phenomenon.
"The response has been tremendous really, gives people an important perspective on the debate in Sweden about poor EU migrants. There's been a lot of discussion about Romanians and Bulgarians, but virtually nothing about Swedes who are begging in Spain, hoping for a somewhat better life," Faktum Editor Aaron Israelson told The Local Sweden.
Israelson first came across a Swedish beggar while in Fuengirola several years ago. He added that Swedish beggars can also be found in the UK and Germany.
The paper sent a reporter to talk with Swedes living in poverty in Tenerife, as well as members of the Swedish church in the tourist hotpots, which include Mallorca, Tenerife, and Gran Canaria.
"We have maybe 20 homeless Swedes living on the beach and maybe a hundred who are social outcasts," Stefan Kamensky of the Swedish church in Tenerife told the paper.
The paper noted that many of the homeless Swedes had substance abuse problems or psychiatric conditions, and had spent their benefits on a one-way ticket to areas that are popular with holidaying Swedes, in a country where alcohol is cheaper and the political attitude towards drugs is more liberal.
The editor of Faktum said that the current issue of the paper was aimed at contributing to a stronger discussion about beggars in Sweden.
"I hope it will make people think about the issue, this concerns not only Romanians but also Swedes. Free movement in the EU is extremely important to everyone, especially those who are destitute."
READ ALSO: British expats flee from crisis-hit Spain
Don't miss stories about Spain, join The Local on Facebook and Twitter.