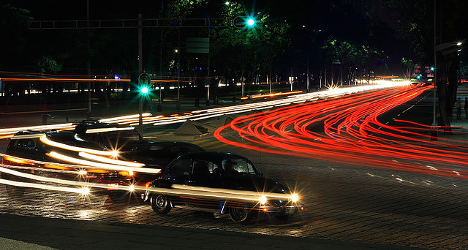 That was an annual fall of 12 percent over the 12-year period.

Spain's improvement was partly due to huge investment in infrastructure, the ETSC said in its Ranking EU Progress on Car Occupant Safety report.

The organization also put the good results down to Spain's introduction in 2006 of a penalty points system, with drivers becoming more aware of the dangers of drink driving, speeding, not wearing seat belts or using mobile phones on the roads.

But ETSC Executive Director Antonio Avenoso warned against complacency in Spain and the EU.

"While huge progress has been made in cutting the number of people killed in cars on Europe’s roads it is simply wrong that 12000 still die every year for reasons that are mostly avoidable," he said.

"Simple measures like seat belt reminders in front and rear passenger seats, better enforcement of speed limits, and measures to prevent repeat drink drivers from getting behind the wheel could put the EU’s target of halving the number of road deaths by 2020 firmly within reach," he added.