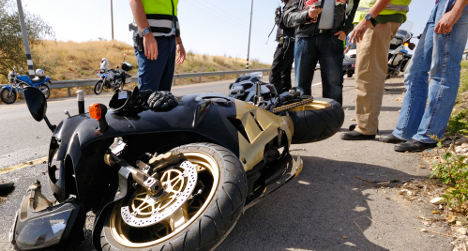 Spanish law calls on drivers who witness a road accident where no police or emergency services are present at the scene to help any possible victims who are hurt.

Failure to do so is considered a crime.

Whether it was for these legal implications or because of his high moral standards, a Valencia man who spotted an injured motorcycle rider last June rushed to the scene to help him out.

He parked his vehicle, called an ambulance and remained by the victim’s side.

But while they both waited for emergency services to arrive, a local police officer decided to fine the Good Samaritan for not parking his car properly.

When the Johnny-on-the-spot realized what was happening, he confronted the officer and explained how he had had to park as fast as he could to help the injured man.

His plea fell on deaf ears, leading the man to lose his temper and tear up the fine before throwing it on the ground, El Mundo newspaper reported on Sunday.

That only spurred the police officer to hand the man another fine, this time for public littering.

Despite the case’s extenuating circumstances, Spain’s official sanctions body has finally fined the man €150 for littering, alleging that “his plea can’t go ahead if he doesn’t deny having thrown the torn-up paper on the ground”.