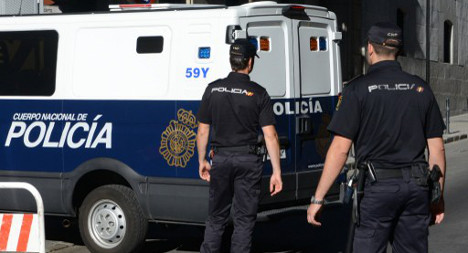 When emergency services arrived at the scene, they found the baby to have died from severe blood loss and the older boy to be seriously injured with a knife still stuck in his back. File Photo: Domini

Spanish police have found a note left behind by the father-of-two, Uruguayan national Jorge Diego C.A., in which he explained the reasons for murdering his two children.

“I’ve killed them for their own good, so they don’t suffer like I have and don’t live a life like their mother’s,” Spanish newspaper ABC reported him as writing.

The 32-year-old man went ahead with the crime, cutting the throat of his baby son and stabbing his five-year-old in the back.

Spanish police believe the man intended to commit suicide but may have been interrupted by the children’s mother, who turned up at the scene of the crime after repeatedly calling her husband to no avail.

“How could you have done this? Why would you do it?” one neighbour reportedly heard at around Sunday midnight.

He, along with other local residents, told Spanish daily El País that the couple argued “very often”, leading them to believe that the noises and screams they heard that night were due to yet another family quarrel.

When emergency services arrived at the scene, the baby was found to have died from severe blood loss and the older boy to be seriously injured with a knife still stuck in his back.

The children’s mother, who had recently separated from their father, received medical attention along with her sister, both of whom suffered an anxiety attack.

Spanish police are no looking into whether the man was drunk when he carried out the attacks on his children.

There are also indications he may have regularly beaten his wife.