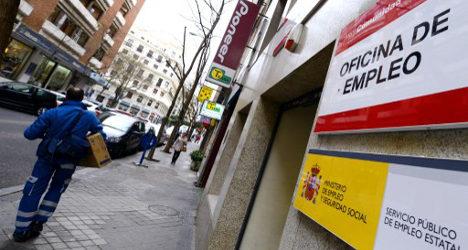 Spain's official unemployment rate fell from 26.03 percent to 25.77 percent in one fell swoop on Thursday.

The sudden drop came after the national statistics institute (INE) revised its formulas to include data from the 2011 national census.

Spain's official unemployment rate is based on a survey of 65,000 households across the country, known as the EPA, or Active Population Survey.

Up to now, the survey has been based on 2001 census data. But the INE has now applied 2011 census data retroactively to jobless figures from 2002 on.

The lowest rate came of 7.93 percent came in the 2007's second quarter, or just before the country's building bubble burst.

The former series of jobless figures — based on the older census — will remain available on the INE site as a reference tool, the agency said.