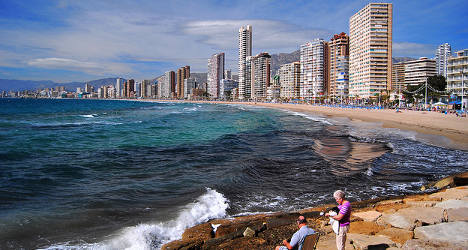 The 10.1 million international visitors meant numbers were for the three-month period were up 7.2 percent on 2013 figures, according to the figures from Spanish government tourism agency Frontur.

Brits continue to be the largest group of visitors, making up 19.2 percent of all foreign tourists.

Germany was the next biggest group, providing 16.2 percent of visitors.

There was also a sharp rise in the number of French tourists up 11.5 percent to 1.6 million visitors from January to March.

SEE ALSO: The Local's gallery of Spain's best beaches for 2014