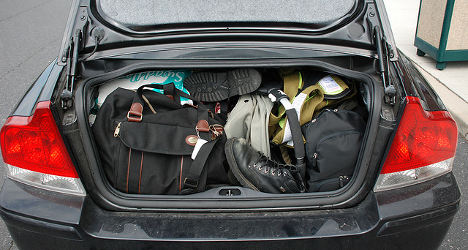 And while the actual number of UK citizens who make Spain their home could be much higher — the British Embassy in Madrid predicts as many as 800,000 Brits could live in Spain for all or part of the year — the new INE figures reflect a clear trend: foreigners are saying goodbye to Spain.

For citizens of other European Union countries the slide was even steeper at 13.3 percent.

Germany was the only country to see a bigger drop than the UK, with the numbers of Germans registered as living in Spain coming down 23.6 percent to 138,917 people.

This decline in Spain's foreign population also saw the country's total population come down for the second year in a row.

At the same time as Spain's expats head home, Spaniards are also leaving the country to look for work. Some 51,000 registered with the UK's national insurance scheme in 2013, making them the second largest group of arrivals after Poland.