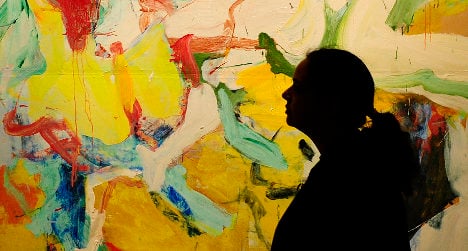 US investigators say he was a leading figure in the sale of fake masterpieces by artists including Mark Rothko and Jackson Pollock, works that were actually done by a Chinese painter he had met on a Manhattan street corner.

Spanish officers arrested Bergantinos, in his mid-50s, on Friday, acting on a US detention request, a police spokesman said. He testified on Monday from Seville to Judge Fernando Andreu of the National Court in Madrid.

His brother Jesus Angel Bergantinos Diaz, 65, who was detained in the northwestern Spanish city of Lugo in connection with the scam, was taken to Madrid to appear in person before the same judge.

The two brothers refused to be voluntarily extradited and were ordered to surrender their passports and remain in Spain pending extradition hearings, court sources said.

The National Court will preside over the extradition proceedings, they said. Any extradition order must then be ratified by Spain's cabinet.

The two brothers and the Chinese painter, Pei Shen Qian, 75, were also indicted over the forgeries on Monday by federal prosecutors in the United States. Qian is believed to have fled to China.

US prosecutors said Bergantiños would buy up canvases of old paintings at flea markets, and stain newer canvases with tea bags, which he gave to Qian to create what have been dubbed "the Fake Works."

Among the bogus works were those purportedly by Rothko, Pollock, Willem de Kooning, Richard Diebenkorn and Robert Motherwell.

Spanish police said Bergantinos was aged 55. The US authorities gave his age as 58.