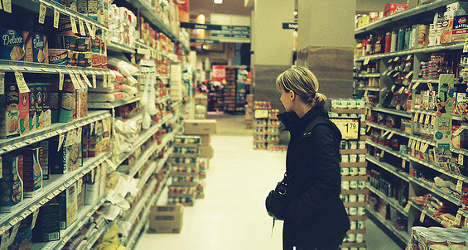 The overall assets of Spain's homes soared to hit a record €1.89 trillion in 2013 or 9.1 percent more than a year earlier, figures released by Bank of Spain on Monday show.

Once outstanding debts are factored in, that pot of savings was €1.04 trillion, the first time the trillion-euro threshold had been breached since 2006, or before Spain's economic crisis kicked off.

The gap between household assets and debts also widened by a record 25.6 percent in 2013, the numbers from Spain's central bank reveal.

Most of these assets, some €882.1 million are in held in the form of deposits and cash. But Spaniards are also pumping more money into shares with the value of these assets up 34.1 percent to €644.5 million in 2013.

Spaniards were using the crisis to pay off debts and increase their wealth, national news agency Europa Press said of the results.

Although Spain officially exited from recession in the third quarter of 2013, the country is Spain is struggling with the aftermath of a decade-long property bubble that imploded in 2008.

This threw millions of people out of work, racked up huge debts for the government, banks and people, and plunged the economy into a double-dip recession.

Spain's official unemployment remains at 26 percent, and a recent report by the charity Save the Children suggested one in three children in the country were at risk of poverty.