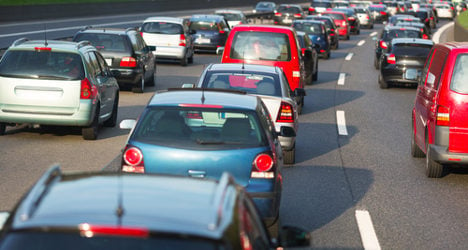 A total of 25 accidents have lead to the deaths of 32 people since Spain's Easter holiday season officially kicked off on April 11th, the Directorate-General of Traffic (DGT) said on Monday.

That is six more than last year with the worst day on the roads being April 12th when nine people died, Spain's Europa Press news agency reported.

The country's road safety campaign will come to an end at 12am Tuesday with six of Spain's regional communities having public holidays on Monday.

The DGT predicted there would be 12.5 million car journeys undertaken in Spain during the 2014 Easter holidays, the lowest figure since 2005.

The 2013 figure was also the tenth year in a row that Spain's saw its death toll from traffic accident come down.