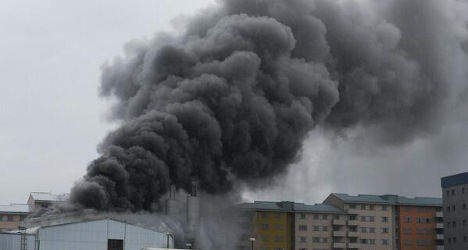 "New plans must reflect lessons of such incidents so we never repeat," he added.

Residents living near the blaze were told to close their windows as thick black smoke billowed from the station, local daily The Gibraltar Chronicle reported.

The fire was extinguished by late afternoon, but restoring power to the territory required several hours.

No one was injured in the incident and no foul play is suspected, with local police saying a mechanical fault with a generator may have caused the blaze.

However, the operations of major online betting agencies in Gibraltar  were suspended on a busy afternoon for sport.

Online gambling and betting is a huge money spinner in the UK territory, with the industry providing jobs for around 2,500 of Gibraltar's 30,000 residents.