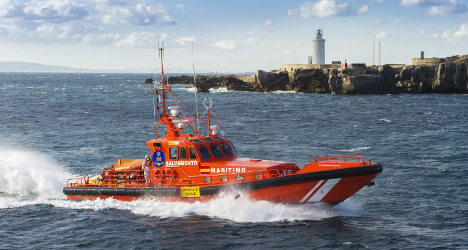 Seven of the 12 crew were rescued after the trawler Mar Nosso capsized in the Bay of Biscay near the Spanish port of Navia, the national coastguard said on Twitter.

Two were found on Thursday afternoon and a third in the early evening while two others remained missing, it said.

It did not give the cause of the capsizing and coastguard officials were not immediately reachable for further details.

The coastguard service said those rescued were seven Spaniards and two Portuguese but did not specify the nationalities of those dead and missing.

It was the second deadly sea accident this month off Spain's northwestern coast.

On April 1st, four fishermen were killed when a giant cargo ship crashed into their trawler near the port of Vigo.

In that accident the Baltic Breeze, a 164-metre (541-foot) vehicle-carrier, collided with the 34-metre Mar de Marin.

A fifth crew member from the fishing boat who went missing in that accident has not been found.