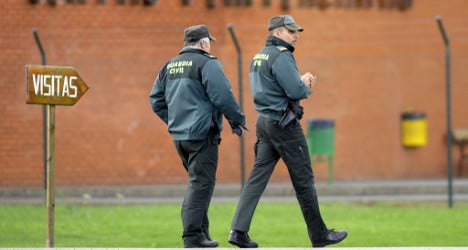 One captain and three officers of Spain Civil Guard police force are on trail in Majorca for allegedly torturing the two Brits while they were being held in custody on the island in 2009.

The British men were arrested after a pub brawl during which one of them knocked out an off-duty Guardia Civil, Spain's El País newspaper reported on Tuesday.

Prosecutors say the four police officers then intimidated and brutally attacked the detainees while they were in custody.

The Brits were beaten with a truncheon, gloves and shows, and were also humiliated, the prosecution team claims. Both sustained arm fractures, bruising and facial injures, while one of the men presented with seven truncheon wounds.

The Civil Guard captain denied his officers had inflected the injuries and argued they had been caused by other officers during the men's arrest, or were self-inflicted.

But internal investigators rejected this version of events, saying the injuries sustained had been too severe.

The captain is now facing 11 years in prison while the three officers under his command each facing sentences of five years.

One of the Brits continued to suffer psychological problems in the wake of the incident, a psychotherapist told the court.

"He had problems sleeping, and (suffered) a great deal of anxiety and panic. He couldn't go out of the house by himself, and had flashback and nightmares about what happened," the medical expert said.