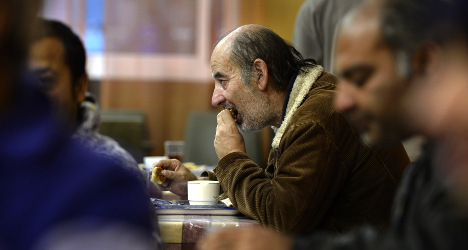 Seven of the ten regions in the European Union with the hightest unemployment are in Spain. File photo: Lluis Gene/AFP

Andalusia's very high jobless rate is also more than three times higher than the EU average of 10.8 percent, the figures from Eurostat reveal.

The new data on unemployment in Spain's regions also places six other Spanish regions in the jobless 'top ten', highlighting the severity of the country's economic crisis.

Spain's North African enclaves of Melilla and Ceuta take places two and three in the table, with unemployment rates of 35.6 percent and 34.4 percent respectively.

They are followed closely by the Canary Islands where 34.1 percent of people are without work, and Extremedura, where just over one in three people (33.7 percent) are jobless.

Also appearing in the top ten for EU regions with the highest unemployment are Castile–La Mancha in seventh spot (30.1 percent) and Murcia, which is ninth place (29.4 percent).

Filling out the top ten are two Greek regions and France's overseas region of La Reunion in the Pacific.

At the other end of the rankings, there are eight German cities featured among the regions with lowest unemployment.

Alongside Upper Bavaria (2.6 percent), Freiburg has a jobless rate of just 2.9 percent while in Tuebingen that figure is 3 percent — the same number as in Austria's Tirol region.

Prague also makes the cut with 3.1 percent of people in the Czech capital looking for work.

Spain's official unemployment rate is currently 26 percent, while youth unemployment is running at 55 percent as the country struggles to recover from a five-year long economic crisis brought on by the collapse of the property bubble.