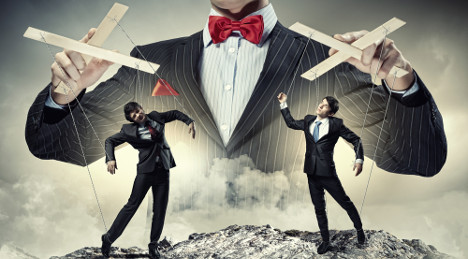 Just three hours after being interviewed for an internship at tourism marketing company Innwise, Spanish jobseeker Alejandro received an email from the potential employer.

It wasn’t meant for him as he would soon find out.

“It’ll be harder to get the one from Toledo on board for €400 than the young kid for free.

Angered by what he’d just read, Alejandro tweeted the email gaffe, spurring an onslaught of retweets which quickly became a trending topic under #becariopipiolin (#internkid).

“There is work, they just don’t want to pay, even if it’s badly. It’s an utter disgrace.”

“He told me it was nothing personal and that he was really sorry,” Alejandro remarked.

“I told him I felt lucky to not have ended up there.”

Estalella has since told the Spanish press that “there’s no one at the company who doesn’t get paid” and that it was just “some deplorable correspondence between two guys”.

The person responsible for the unfortunate email is said to be “distraught” and “offered up his job” to his superiors.

Despite Spain’s large number of university graduates, the country’s unemployment rate (under 26s) currently stands at an alarming 57 percent.

Desperate to get their foot in the door, many young jobseekers take on unpaid office work as interns in the hope of gaining a fixed position or at least some much sought-after work experience.

It’s important to remember that 576,900 Spaniards, one in ten jobseekers, have never worked.

The disgust and anger voiced by hundreds of people in response to Innwise’s email gaffe is a reflection of how Spanish society has grown tired of the deeply rooted culture of exploitation, fuelled largely by the excuse of ‘la crisis’.