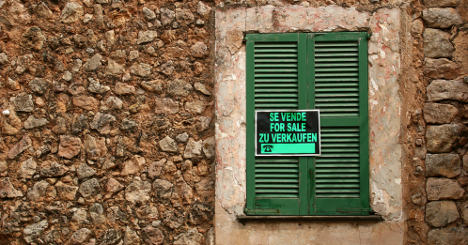 Photo of property u for sale: Shutterstock

The news marks ten months of consecutive falls in buying and selling of homes in Spain.

The Canary Islands were the only region that didn't experience a fall in February figures.

"We’re seeing the tail end of fiscal distortion by Spain’s statistical office, the INE," property analyst and consultant Mark Stucklin told The Local, who explained the Spanish government had been "fiddling" with the figures in a bid to increase demand.

"The drop in figures, which have a delay of two or three months, are a knock-on effect from the government’s withdrawal of tax exemptions to new homeowners at the start of 2013."