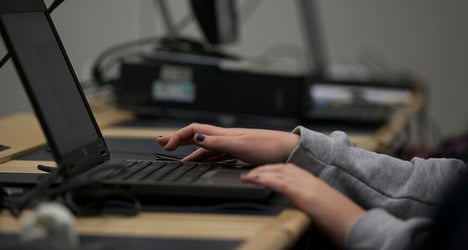 Eighty-four percent of digital content consumed in Spain is illegal, according to a study published on Wednesday by industry lobby group La Coalición.

Films were the most common material accessed with 43 percent of that group saying they had downloaded or viewed pirated films, or the same percentage as in 2012.

Music was next on the list, and then video games.

But  the CIP responded by saying pirated content had been removed from 162 websites since March 2012. The government body said the La Coalición was biased and based on "estimates".

In 2012, Spain introduced new legislation allowing for sites considered to be trading in internet piracy shut down within ten days.

Proposed rule changes in Spain's draft penal code — yet to be approved — could also mean long prison sentences for people running sites linking to 'pirated' material such as films or music on their webpage.

That's compared to around 25% in the biggest European markets, according to US Billboard magazine.