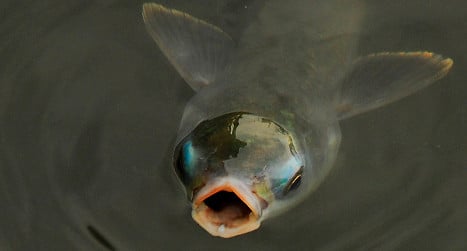 Everyday products such as contraceptive pills and detergents are thought to be the source of the intersex condition. Photo: Andrea Westmoreland/Flickr

Basque biologists have found evidence that male fish are developing immature eggs as a direct result of the endocrine disrupting chemicals in the region’s rivers and estuaries.

The study, which has been published in the Marine Environmental Research journal, claims everyday products such as contraceptive pills and detergents are making it through water cleaning systems and causing oestrogens to develop in the testicles of male mullet fish.

"Our discoveries are significant as they enable us to know how far these pollutants have spread in our rivers and estuaries and what effects they have," research group director Miren Cajaraville told the Fish Site.

“We will be able to adopt methods to prevent them reaching our waters.”

Scientists at the Cell Biology in Environmental Toxicology group are now hoping government legislation will be passed to stop industrial and farming activities from producing pollutants that can’t be washed out in local water treatment plants.

Similar cases of intersex condition in local fish populations had previously been detected in 2007 and 2008.