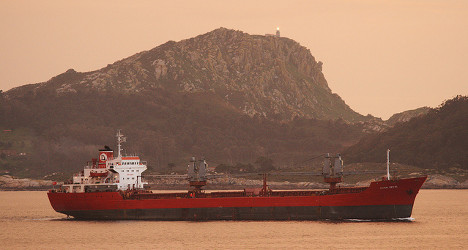 The head of Vigo’s Coast Guard was unable to give the exact causes of the accident. Photo: Elentir/Flickr

The tragic accident took place at the mouth of the Vigo River in the north-eastern Spanish region Galicia, near the picturesque Cíes Islands.

Five were saved in the rescue mission, according to Coast Guard sources.

They are continuing the search effort for the two missing crew members.

The cargo ship Baltic Breeze was carrying cars from the Citroën factory in the port of Vigo.

The cargo ship Baltic Breeze, measuring 164 metres (538 feet), was carrying cars from the Citroën factory in the port of Vigo and was undamaged in the collision.

Two helicopters, one from the Coast Guard and another from Galicia’s regional government, were dispatched to the search and rescue effort.

The causes of the collision are still unknown. The mayor of Marín, María Ramallo, noted that the fishing boat was unloading in the port of Vigo and that bad weather was not the problem.

The head of Vigo’s Coast Guard, José María Suárez, was also unable to give the exact causes of the accident.

He did say, however, that the collision was “very clean” and classified the event as “very strange.”